Ana Berbakov (alias Anee) is a Serbian writer of crime novels. She was born on the 18th of July 1985 in Kruševac. She begins her career with novels about Sofia Kovač, a wise detective who becomes Anna’s serial character and a seal.

She has graduated e-commerce and PR at Industrial Management in Kruševac, and besides writing, she is engaged in painting and marketing. During her education, she worked in various fields, from printing and photography to tourism and PR management.

She has been writing since the age of 11, but since the age of 23 her professional career begins by publishing  poems on the Poetry SRB portal. It was the ticket to the world of established writers. After a year, she became a correspondent and associate to the regional cultural magazine “Putevi kulture (Roads of Culture)” published by the Kruševac Cultural Center, and several works were published in the daily newspaper “Pravda “(“Justice”), the Belgrade lifestyle magazine “Avant Art Magazine”, the magazine for culture “TOK” , and the poetry collection “Cvet” (“ Flower ”). Since 2010 she has been a member of the humanitarian organization “Darujmo reč” (“Let’s Gift  a Word”), which deals with the donation of books to school libraries. From 2010 to 2012, she successfully published travelogues and short detective stories about Commissioner Laki (Komesar Laki) in the Kruševac newspaper “Grad”. The period from 2013 to 2016 was very successful, as her literary works have won multiple awards and recognitions.

In painting, he does almost as well as she does in writing. She loves bright colours, pop art, Cubism, Dadaism, Minimalism and all modern styles. She did a series of paintings of zodiac signs, landscapes, various elements in combined technique. From 2015 to 2017, she paints a series of cats in various colours, shapes and details, whose style is called “Catism”.

Motto: Never give up! 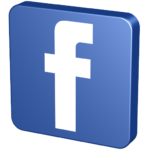